Join in our music >>

Care / counseling provided by us >>

What we offer to our children >>

OUT OF THE COLD 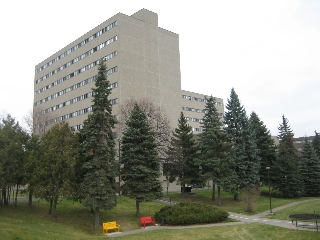 Rev. Dave Le Grand joined St. Andrew’s as full-time minister on October 1, 2018 after serving the congregation of Trinity United Church in Capreol for 12 years.  Dave decided on St. Andrew’s, in part, because of its focus on the most vulnerable in the Sudbury downtown core. He looks forward to continuing the outreach work of St. Andrew’s.

From July 1, 2018 to March 31, 2021, Rev. Catherine Somerville was St. Andrew’s minster focusing on pastoral care (including Connex support), community support, outreach, committee support and served as a member of the St. Andrew’s Place Board.

Rev. Bill Steadman retired from his position with St. Andrew’s June 30, 2018.  Bill has taken up residence on St. Joseph Island just east of Sault Ste. Marie and is also preaching once a month at Goulais River United just north of Sault Ste. Marie.

In the summer of 2014, with the departure of the Rev. Judith Visser, the congregation requested the appointment of a ministry team: the Rev. Catherine Somerville (who started September 1, 2014) and the Rev. Dr. William (Bill) Steadman (who started October 1, 2014).  The two ministers job-shared one position.  Bill’s focus was on worship leadership (including preaching three times a month), stewardship and financial committee support, outreach, study group, and assisting in pastoral care. Catherine was the primary pastoral care minister and she also preached one Sunday per month.  Both attended Church Council meetings, Presbytery meetings, and Downtown Churches meetings.  Catherine’s special focus there was on the support of the APANO program (Aboriginal Peoples Alliance of Northern Ontario); Bill worked with the United Church EDGE network as well as HealthierChurch.org on congregational support issues.  Both regularly supported the programs of Club 111 Seniors Group that is housed in St. Andrew’s Place.

Catherine has lived in Greater Sudbury for almost 25 years, serving in a variety of positions, most recently as Personnel Minister of Manitou Conference for five years, and Bill returned to St. Andrew’s after a 9 years hiatus while he served the General Council office of the United Church and did some pastoral supply work in the Kitchener-Waterloo-Thornhill region of southern Ontario.

With the arrival of the ministry team in 2014, the congregation took a renewed interest in connecting with its downtown neighbours, including working with APANO and a desire to help find a downtown drop-in location for Noah’s Space.  Each June a barbeque is held with the Downtown Churches for people in the core of the city, and the congregation holds a community party around the annual Santa Claus Parade in November.  An Out-of-the-Cold program runs on Friday evenings from November through mid-April, in cooperation with other Greater Sudbury congregations.  The congregation ran its first Community Kitchen program in the winter of 2015, and had a second program in the spring of 2016.  Funding for this program came from a Presbytery grant made possible through an endowment set-up from the sale of St. Paul’s United Church in Sudbury.

St. Andrew’s is also known for its rich and diverse music program led by Dr. Robert Hall.  Throughout the year several concerts are held in the beautiful sanctuary space, both community concerts and events sponsored by the congregation or led by the music director.

St. Andrew’s United is located in St. Andrew’s Place, a versatile downtown residential and office space which provides apartments for seniors with on-site amenities, barbershop, a hair salon, and more.  This past year a new coffee bar/deli, Kuppajo, opened up in the Place which provides light meals for both tenants and downtown workers.  St. Andrew’s Place has many venues for rent. They vary in capacity from 30-400 people. The meeting rooms and commercial kitchen can host concerts, funerals, weddings, showers, and more.

Previously, the Place housed the Laurentian School of Architecture for the first three years of its existence while the school awaited the completion of its permanent building.  The Place has since become the home of Sudbury’s Reseau Access Aids Network.

For the history of St. Andrew’s United Church before September 2014, please CLICK HERE. 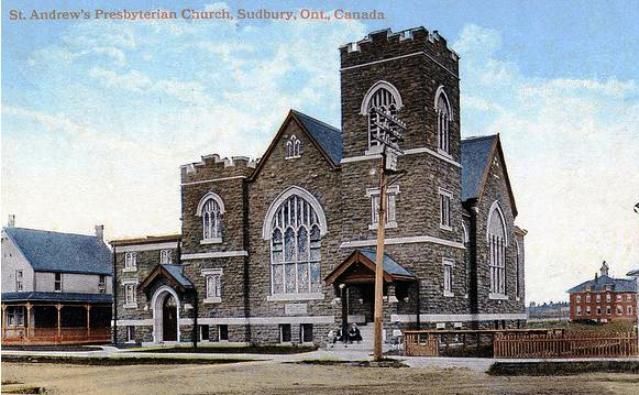